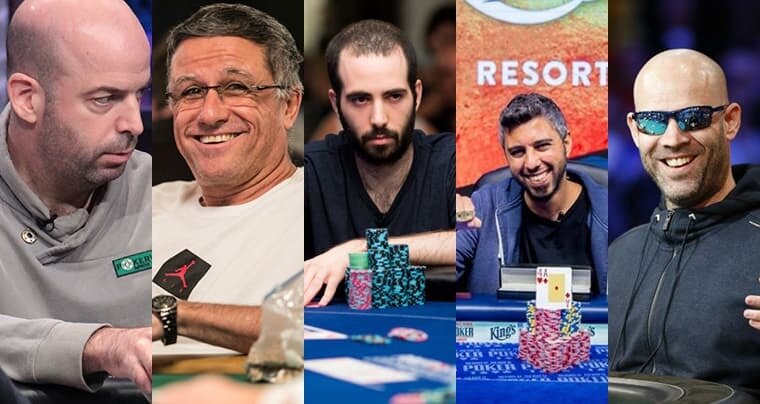 The country of Israel has a similar population to Virginia but that has not stopped it producing some impressive poker players over the years. The top five live tournament winners from Israel have $19,840,299 in combined winnings. In addition, they are approaching ten World Series of Poker (WSOP) bracelets.

Amir Lehavot Is The Biggest Winner in Israel

Amir Lehavot is the biggest winner in Israel, although he resides in North Miami Beach, Florida. Lehavot tops the charts in Israel courtesy of his $6,054,620 earnings.

His first WSOP cash came in the 2009 Main Event; he cashed in the same tournament the following year. Lehavot won a bracelet in 2011, taking down the $10,000 Pot-Limit Hold’em Championship event for $573,456. That prize remained his biggest for two years when something special happened. Lehavot navigated his way to the 2013 WSOP Main Event final table. The man from Israel went on to finish third for $3,727,823 the year Ryan Riess became the world champion.

Lehavot has only one six-figure prize since his huge Main Event payday. It came in an $800 No-Limit Hold’em Deepstack event at the 2019 WSOP. He finished as runner-up to Santiago Ramos and banked $229,410.

Eli Elezra Served in the Army in Israel

Eli Elezra hails from Jerusalem, Israel, but lives in Las Vegas, Nevada. He is, without a doubt, the most famous Israeli poker player globally. Elezra served in his country’s army. He discovered poker while recovering from a leg injury sustained in the 1982 Lebanon War. He now has $4,596,292 in live MTT winnings thanks in part to four WSOP bracelets.

Many consider Elezra one of the best Seven-Card Stud players on the planet. Indeed, three of his bracelets come from stud events. Elezra was inducted into the Poker Hall of Fame because of his tournament and cash game prowess. Fans of High Stakes Poker and Poker After Dark loved watching Elezra’s loose-aggressive style.

Uri Reichenstein of Tel Aviv, Israel, is third in his county’s all-time money listing with $3,86,202 in earnings. That impressive sum would be much larger has he turned some of his runner-up finishes into victories.

Reichenstein finished second in the €10,300 EPT Barcelona High Roller, and again in a $5,000 No-Limit Hold’em event at the 2021 WSOP. His maiden victory in a major is not too far away.

Asi Moshe is another poker star hailing from Tel Aviv, Israel, one with four WSOP bracelets on his wrists. Moshe won his first bracelet in 2014 in a $1,500 No-Limit Hold’em event. It came with a then career-best $582,321.

Zvi Stern has $2,672,305 in winnings, enough for fifth-place in the Israel MTT winnings list. A massive $1,911,423 of that sum stems from his deep run in the 2015 WSOP Main Event. Stern eventually busted in fifth-place as Joseph McKeehen marched onto victory. $7,683,346 would have been Stern’s had he gone all the way and become world champion.