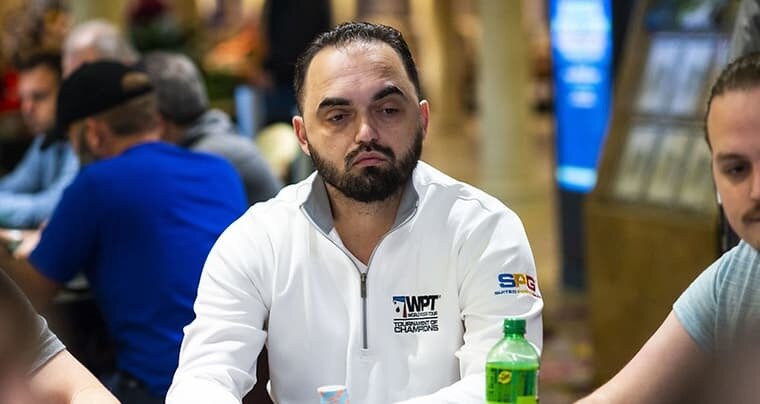 Tony Sinishtaj is on cloud nine right now thanks to almost doubling his live poker lifetime winnings. The New Yorker outlasted 1,074 opponents in the $10,300 buy-in $10 million guaranteed Wynn Millions Main Event, and walked away with a massive $1,655,952.

Sinishtaj had $1,765,042 in winnings before this tournament. Some $661,283 stemmed from his victory in the WPT Seminole Hard Rock Poker Showdown in 2017. He now has a seven-figure haul to his name, and another trophy.

Plenty of household names finished in the top 116 places and saw a return on their investment. The likes of JC Tran, Faraz Jaka, Nick Schulman, Sam Soverel, Shannon Shorr, and defending champion Andrew Moreno all cashed.

The nine finalists guaranteed themselves $171,280 for their efforts but nobody wanted that sum with more than $1.6 million awaiting the winner. Vanessa Kade went into the nine-handed final table with the chip lead, with Sinishtaj fourth.

Seventh-place and $244,541 went to Roland Shen. He essentially open-shoved for 14.5 big blinds, but left himself a single 100,000 big blind behind, with Ks-Jh. Michael Stembera called with 9d-9s, and Shen got his last chip in on a 3c-4h-9h flop. The 5d and Jd completed the run-out and confirmed Shen’s demise.

Sinishtaj claimed the tournament life of Tony Tran in sixth-place, a finish worth $304,161. Stembera opened to 250,000, Tran jammed for 2,200,000, only for Sinishtaj to come over the top, which folded out Stembera. Tran held 6h-6d but was in bad shape against the Kh-Kd of Sinishtaj. The Qh-Tc-2c-Qd-8d board provided to drama, and Tran busted.

Winning your coinflips often results in winning tournaments, which is why Stembera finished fifth for $390,053. Stembera opened to 260,000 with Ah-Kh, Sinishtaj three-bet to 700,000 and called when Stembera moved all-in for 4,100,000. Stembera was against Jh-Jd and lost the flop despite flopping an ace because the five community cards fell Ad-Qh-8d-Jc-Ac.

Heads-up was set when the short-stacked Alex Livingston crashed out. Livingston was all-in with Kd-Js against the dominating Ac-Kc of Sinishtaj. The Ts-Tc-Th-8d-Qd board resigned Livingston to a $745,479 payday.

Both heads-up players were no millionaires in addition to having the exact same number of chips. No deal was struck despite this and a difference of more than half a million dollars in the payouts.