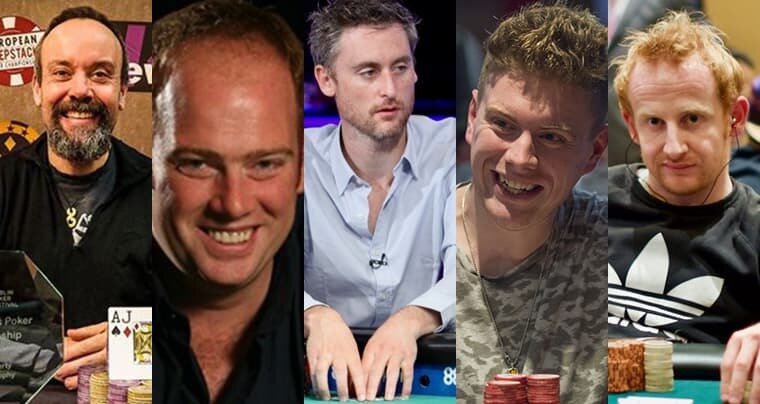 Ireland is a wonderful country with fantastic people. The Irish are among the friendliest in the world unless you get them at the poker table where they will use their light-hearted nature to fool you into handing over your chips.

The five biggest live tournament winners from Ireland have $17,486,192 in combined earnings. That is an impressive sum in its own right. it is even more so when one considers both the Republic of Ireland and Northern Ireland has less than seven million residents.

Andy Black hails from Dublin, Ireland, and is the biggest winner from the Emerald Isle. Black has lifetime winnings of some $4,885,354, and was the man who put Irish poker on the map.

Black already had some top-tier results before he jetted off to Las Vegas in 2005. He entered the World Series of Poker (WSOP) Main Event alongside 5,619 others. Black finished fifth a week later and saw $1,750,000 head to his bankroll. his talkative nature at the tables made him the neutral’s choice for victory. Unfortunately, it never happened.

The Dubliner came close to winning the 2007 Aussie Millions Main Event, too. However, he finished third for A$700,000 ($556,695), with Danish star Gus Hansen walking away victoriously.

Black famously lived as a Buddhist monk for five years before returning to poker.

Marty Smyth is a Huge Winner From Northern Ireland

Marty Smyth is from Belfast, Northern Ireland, and is second on the list with $3,886,675 in winnings. It is impressive that he occupies second place because he very rarely plays poker these days; he has only four live cashes since 2013.

He famously won $1,000,000 from the Poker Million VI, another televised poker event. That is still Smyth’s biggest score to date. Smyth prefers sports betting these days, and we are told he is a massive winner.

Third place with $3,221,136 in winnings is Eoghan O’Dea from Dublin, Ireland. O’Dea’s name may ring a bell with poker experts because his father, Donnacha, is a famous Irish poker player.

O’Dea got his hands on a coveted WSOP bracelet in 2020. He won his at an online poker site in a $400 Pot-Limit Omaha event

Marc Macdonnell of Dublin, Ireland, is one of those players who shines in the live arena and in the online poker world. He has $3,080,741 in live winnings and $1.5 million from his online exploits.

Dermot Blain is another top player from Dublin, Ireland, one with $2,444,512 in earnings. Blain occupied the top spot in the Irish Global Poker Index for several years before his volume and results waned.

Blain’s best results come in No-Limit Hold’em games but he has a penchant for Pot-Limit Omaha. The former Full Tilt Poker sponsored pro has not cashed in a live event since 2019. However, he continued grinding online and honing his undoubted skills.