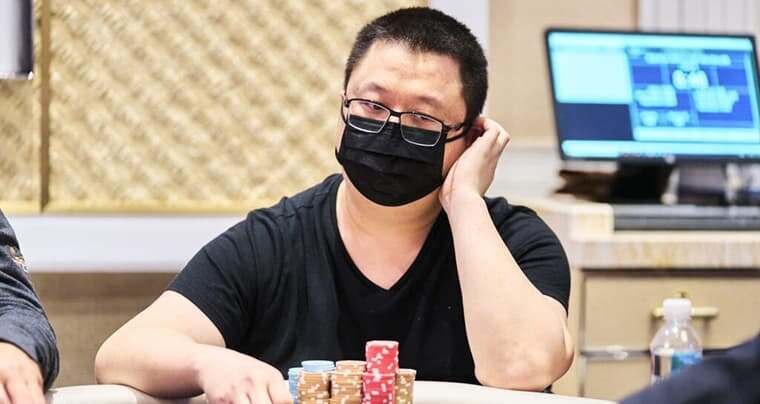 The Wynn Las Vegas continues hosting $10,000 high roller events during the Wynn Millions festival. Both Bin Weng and Ali Imsirovic walked away with high roller titles and six-figure additions to their bankrolls.

Weng took down the fourth $10,000 Wynn Millions High Roller for $189,900. His victory pushed his lifetime winnings through the $1 million barrier. The man from Pennsylvania overcame a field of 73 entrants and banked the largest slice of the $730,000 prize pool.

The final nine became eight when Brekstyn Schutten bowed out. Schutten’s Ac-Qc failed to get there against the 5s-5h of Ilyas Muradi.

Benjamin Diebold was next out of the door and another Weng victim. Diebold jammed all-in for 315,000 on the button with Ad-2d, and Weng called in the small blind with Ks-Ts. Diebold’s last 10.5 big blinds went to Weng when the board ran 8c-8h-6d-Kd-Th.

Everyone with chips in front of them received a pay jump when Darren Elias dusted off his chips. Ren Lin opened to 85,000 in the cutoff and called when Elias three-bet all-in for 395,000. Lin flipped over Qh-Js, which beat As-8c courtesy of the Kc-Qc-3s-5d-6c runout.

Weng went back on the offensive and claimed the seven-figure stack of Croatia’s Ivan Zufic. Weng min-raised under the gun with As-Qs and called when Zufic ripped it in for 1,060,000 from the small blind with Ah-5h. The weaker ace flopped a five but Weng caught a queen, further reducing the player count.

Fifth place and $58,400 went to Jeremy Ausmus, a player who won a WSOP bracelet last fall. A short-stacked Ausmus moved all-in for six big blinds with Ac-6s. Weng moved all-in from the small blind with Ad-Kh, and Tony Tran folded Ah-Js face up. The board read 8s-3d-Ks-6c-3s by the river. Game over for Ausmus.

Three Eliminations Away From Becoming a Champion

Heads-up was set when Lin ended the tournament for Tran. Tran had a mere 7.5 big blinds when he open-shoved from the small blind with 9c-3c. Lin tanked for an age before calling with 5h-4c. Lin improved to a straight with the five community cards running 9d-6d-7h-8s-6h.

Weng trailed Lin by 3,150,000 to 4,150,000 chips going into the one-on-one clash but only remained behind for a few hands. Indeed, Weng never looked back once he reclaimed the chip lead and became a worthy winner.

The final hand saw Lin choose Qh-Jd to move all-in with. Unfortunately, Weng held Ac-Ks and snap-called. An ace flop and river of the Ad-4s-7s-5c-As board.

Imsirovic Wins Yet Another High Roller

Ali Imsirovic is a beast in $10,000 buy-in compact field, so it was unsurprising to see his name in lights yet again. This latest victory came with Imsirovic leaving 59 opponents in his wake.

The Bosnian-American overcame a star-studded final table that was the home to such luminaries as Sergio Aido, Sean Winter, Sam Soveral, and runner-up Matas Cimbolas. The final hand saw Cimbolas open to 175,000 with 6s-5s and Imsirovic call with Th-6c. Imsirovic check-called a 100,000 bet on the Td-2s-2d flop and a 450,000 bet on the 4s turn. Cimbolas jammed for 1,425,000 on the Kd river with his busted flush draw. Imsirovic flicked in calling chips and won the hand with his pair of tens.